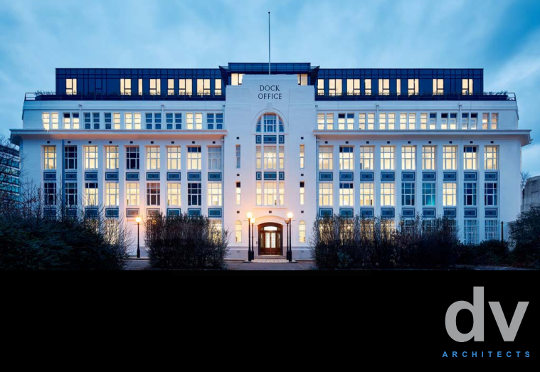 DV Architects has been a major architectural firm in the northwest of England, and established for almost a decade. Their ethos is one of fully understanding their client’s needs, and sensitively translating these into designs of the highest standards. Through dialogue and impeccable attention to detail, they create contemporary, elegant and practical solutions of exceptional quality.

They strive to create straightforward solutions and believe that great architecture can only result when all of the parts are fully integrated into a clear, well reasoned design. They have consistently produced these results because of their experience, talent and depth embodied within the organization. DV Architects has gained a reputation for original, creative design and professionalism, and are proud to partner with Nexus Residential on a number of their developments. 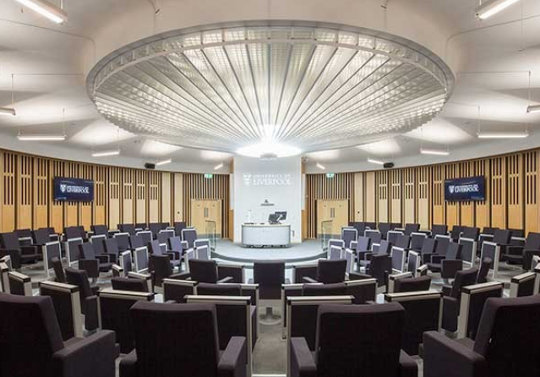 La Morada Construction has built a reputation for providing preconstruction expertise and working collaboratively with customers to ensure that projects are always delivered on time and within budget.

The firm’s extensive portfolio includes a number of high-profile projects, including the £1.8 million refurbishment of the University of Liverpool’s Brett Building.

Other clients include, Liverpool John Moores University and the NHS. 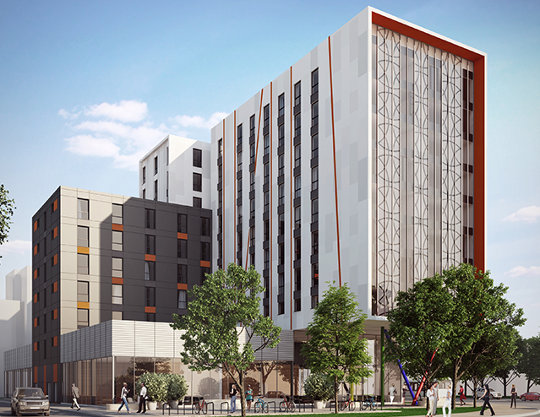 Established by Mark Morrey, formerly Associate Director of a leading construction consultancy practice, Evolve Project Consultancy was formed in September 2015 to recognise the need to provide a director led service from concept through to completion.

By combining their expertise and offering a highly personal service, they strive to be the leading independent construction consultancy across the property and construction sector.

They work closely with the client to ensure the project brief and objectives are achieved in line with programme expectations.

RWinvest is a market-leading property investment company with 14 years’ experience in the property industry.

In this time, they have built an excellent reputation for producing both luxury residential and high-quality student investment properties.

With offices in Liverpool, Manchester and London, RWinvest is led by a committed team of property investment experts with a wealth of knowledge on the UK’s buy-to-let hotspots, providing its investors with opportunities in only the most promising and up-and-coming regeneration areas.

With headquarters situated in the heart of Liverpool City Centre, RWinvest has rapidly established itself as integral to the ongoing regeneration taking place in the city and across the wider North West, including Liverpool’s thriving Knowledge Quarter and Manchester’s growing Trafford. 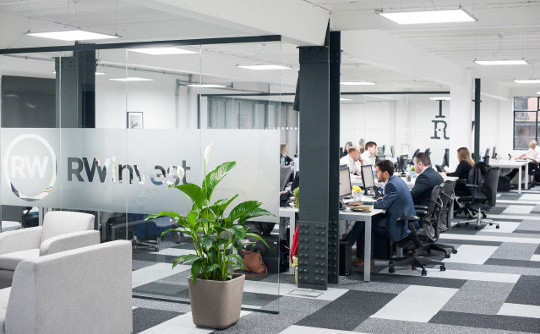 opportunities in these growth areas enables RWinvest to act as a catalyst for wider regeneration and economic development whilst offering investors strong potential for capital gain.

RWinvest are the only company in the UK to exhibit in-house show apartments.

At their Liverpool HQ, the company offers investors the rare opportunity to have an in-depth informative experience before choosing their next new-build investment property.

The show apartments are displayed complete with all their fixtures and fittings, giving investors the chance to witness the true finished quality of the properties available.

Why Invest in Liverpool?

Liverpool is a city on the up. With an ambitious range of urban regeneration initiatives providing a catalyst for change, Liverpool is playing a leading role in the Northern Powerhouse. Developments such as the £5.6 billion Liverpool Waters and the £350 million Liverpool2 port expansion are creating a magnet for national and overseas investment.

The city’s renowned academic network, anchored by the £1 billion Knowledge Quarter Liverpool, ensures it continues to attract the brightest talent. Much loved as the birthplace of The Beatles, Liverpool is a beacon of art and culture, with more museums and galleries than anywhere outside London. Great theatres, an iconic waterfront and famous cathedrals attract thousands of visitors each year.

In 2014, Rough Guides voted Liverpool as the world’s third best city to visit. Liverpool is also among the UK’s leading retail destinations and is home to the nation’s largest open-air shopping centre, the £1 billion Liverpool ONE. Combine this with the indie culture coursing through Bold Street and the Baltic Triangle and you can see why the city has become so popular with young professionals.

In 2017, both Private Finance and Totallymoney.com ranked Liverpool as number one in the UK for buy to let yields; the city is now proving more and more popular with investors who are setting their sights away from London in favour of up-and-coming northern cities.

History and Culture
Liverpool’s Albert Dock is situated in a World Heritage Site waterfront and is ripe with history and culture. The dock’s lofty colonnades and columns make up the largest group of Grade I listed buildings in the country, which stand proud over the River Mersey. Today, the Albert Dock offers a boundless array of things to do and see for visitors. From Tate Liverpool, one of the 4 Tate art galleries in England, to the award-winning Beatles Story, the Merseyside Maritime Museum and the International Slavery Museum.

All this history and culture is just a short walk from Liverpool ONE, a £1 billion open-air shopping and leisure complex, and Liverpool Echo Arena, a waterfront entertainment venue offering the very best of live music, comedy performances and sporting events. When it comes to food and drink, whether it’s coffee or cocktails, the Albert Dock has it all – from quaint cafés and bistros to atmospheric comedy clubs and waterfront restaurants. By night, the dock is illuminated by the glow of Victorian street lamps and twinkling city lights, setting the stage for the its bustling nightlife.

Sefton Park
Classified as a Grade I listed park by English Heritage, Sefton Park is a magnificent 235-acre park, which is much loved by locals and visitors alike. The park is a Green Flag and Green Heritage awarded site characterised by its vast winding paths and historic boating lake.

The park features caves and cascading waterfalls, along with a number of statues and monuments, including the Grade II listed Shaftesbury Memorial and Eros Fountain. The bandstand, popular since the Victorian era, is said to be the inspiration for The Beatles’ song, Sgt. Pepper’s Lonely Hearts Club Band.

At the heart of Sefton Park is Liverpool’s famous Palm House, a glasspanelled Victorian building that has been restored. Inside is the Liverpool Botanical Collection, one of the oldest horticultural collections in Britain.
From artisan fairs to tea dances, there’s always something to do at the Palm House.

Lark Lane
Just a stone’s throw away from Sefton Park is Liverpool’s popular Lark Lane, a bohemian haven of cafés, bars and independent shops. If you’re planning on visiting Sefton Park, Lark Lane is ideal for a spot of retail therapy, lunch or dinner.

The street is a hive of community activity, lined with pubs and with restaurants serving a wide range of cuisine from countries all over the world.

Baltic Triangle
The Baltic Triangle is one of Liverpool’s most cutting edge and fastgrowing areas, pumping new life into previously abandoned warehouses.
A vibrant mixed-use destination, the Baltic is at the heart of city’s independent scene – home to quirky bars, music venues and a number of digital and creative businesses.

Just a 15-minute walk from Liverpool ONE, the area is home to Camp and Furnace, a venue ranked second in The Times’ 20 Coolest Restaurants in Britain – characterised by open log fires, vintage caravans, bare bulbs and street food. Liverpool Biennial, Tate Liverpool, Liverpool Music Week and Liverpool Psych Fest have all hosted their events there.

The Baltic Market has been a sensation since it opened in July 2017, bringing in over 100,000 visitors in one weekend. There, you can experience local pop-up food supplied by local chefs and restaurants. In addition, the Baltic Triangle is home to Liverpool’s Lantern Theatre, an intimate theatre dedicated to local talent, staging new and classic drama, concerts and comedy performances.

There are a myriad of plans currently in progress. In the summer of 2015, a development with 300+ apartments sold for more than £50 million – one of the largest private rental development transactions completed outside London.
This trend of regeneration in the Baltic Triangle is both exciting and necessary in order to cope with the influx of students and tenants who want to live in the area.

La Morada Construction has built a reputation for providing preconstruction expertise and working collaboratively with customers to ensure that projects are always delivered on time and within budget.
The firm’s extensive portfolio includes a number of high-profile projects, including the £1.8 million refurbishment of the University of Liverpool’s Brett Building.